In this globally emerging trend of viral & communicable diseases. Everyone is being concerned about their immunity. Ayurveda being the Science of life, has an aim, that is

Shloka states that the basic aim of Ayurveda is to prevent the healthy person from diseases, and then treating the illness of sick people.

For maintaining the health of healthy people acharyas had mainly described Rasayana chikitsa (rejuvenation therapy). Rasayana are the drugs that promote the normal functioning of the body & also enhance strength and immunity which prevent them from various diseases.

In Ayurveda, the best way to heal from communicable, autoimmune diseases is the Rasayan therapy. The benefits of immune boosting herbal formulations including chyawanprash are well known Chyawanprash is also a part of this Rasayana Chikitsa that is already mentioned in various Ayurvedic texts for supporting & enhancing the body’s ability to fight with the infections.

Acharya Charak had given definition of rasayana as

Any means by which a person is able to reach the best state of the body’s every tissue (rasadi dhatu) is known as Rasayan.

Other Acharyas such as Acharya Sushruta described rasayanas vyavsthapan means the drug having anti-aging properties. Acharya Shrangdhara had also mentioned Rasayana as a technique which helps in slowing down the aging process & beneficial in all age-related disorders.

Rasayana has several synonyms. Few of them are listed as

Regular use of Rasayan will enhance the age, sharpen the memory and provide best retention power, state of proper health, lusture, best color of the skin, supreme quality of strength to mind and body, unique aura to the person.

Ayurvedic Rasayan therapy is not only indicated for physical wellness but also fortified with essential anti anxiety, anti-stress, adaptogenic properties that will also helps in dealing or is indicated for the treatment of many mind related ailments.

Now, after knowing all thebenefits one question that must arise in one’s mind: who is indicted for this rasayana therapy? Well Acharya’s had described this Rasayan therapy for healthy & diseased person for both specific and daily use.

Acharyas had mentioned many types of Rasayan that are beneficial for maintaining our physical, mental & social health at supreme level. Lets’ know about a few of these Rasayan:

The rasayan which are used for enhancing the mental ability of a person to the top . The four best medhya Rasayan mentioned by Acharya Charak in Charaka Chikitsa chapters 1 are

These herbs will help in enhancing the dhee (intelligence), dhriti (grasping power), samriti (retaining power). Also, other than these four herbs various other herbs such as brahmi (Bacopa monnieri), Vacha (Acorus calamus) and all other madhur vipaki and sheet virya dravya are considered as medhya & having Rasayan properties.

These are the Rasayans which are specifically indicated for the concerned diseased condition. Few examples of these are

This particular division of Rasayan consists of those dietary items which a human can include in their daily life to achieve the topmost results of Rasayan. These include use of milk, ghee, seasonal fruits, honey, fresh water etc.

This unique concept of Rasayan is given by Acharya Charka. It includes some behavioral changes that will cumulatively lead to the achievement of rejuvenating properties of Rasayan on their regular use. Some of these activities include

Some other rasayana with multisystem benefits are

For understanding this better let’s have a brief knowledge on the immunity in Ayurvedic perspective. Immunity is basically rog pratirodhak kshamata of the body, which in simple words means the ability of the body to fight & prevent the body from various diseases. Oaj is considered as the basic source of body’s immunity according to Ayurveda. Ojas is defined as the utkrisht tej of saptadhatu ranging from rasa to shukra, it means that oaj is basically the supreme end product of various body fluids that are present in one’s body.

Rasayan therapy as already discussed is any method will help in achieving the highest level of functions of various body tissues. Thus, this therapy directly promotes the body tissues which ultimately lead to build up of ojas, thus boosting immunity.

Also, these various herbs & their formulations are full of antioxidant property and various other important chemical constituents that will help in scavenging various free radicals & harmful microbes which in fasting up the healing process and provides rejuvenating effects.

According to WHO, health is the state of complete physical mental & social well being of an individual, not merely the absence of disease. The various Rasayan mentioned here are for maintaining physical functions, medhya Rasayan for mental health and the achara rasayana for promoting social health. So, maintain your immune system healthy & strong with these herbal supplements & lifestyle modifications advice. Stay healthy, stay safe!! 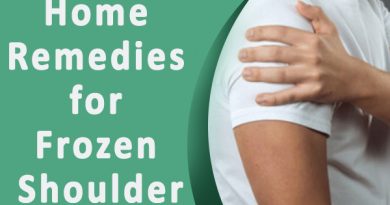 Natural Remedies that Fight Vitiligo and Protect Your Skin