The eye is the lamp of the body, so then if your eyes are clear, your whole body is full of light. But due to environmental factors, ageing, some undergoing diseased conditions and other causes will lead to the reduced visual acuity and gradual or sudden blurring of vision. In this article, we are going to discuss two such chronic diseases of the eye, these are cataract and glaucoma which on the long run can lead to complete loss of vision. A good correlation of these diseases is found in ancient Ayurvedic texts. So, this article is mainly focused on the brief description of these conditions according to modern and then clinical features, causes, and best possible Ayurvedic treatment by herbal formulations.

Glaucoma in general is defined as a group of conditions that have a characteristic optic neuropathy associated with defects in visual fields and persistently raised intraocular pressure (IOP). This disease is insidious and usually asymptomatic in initial stages, but symptomatic ones may experience headache, pain in eyes from mild to moderate intensity and frequent presbyopic corrections. The reaction of a puppet to light may be quick in initial stages of the disease but gradually it also becomes sluggish. The final visual loss by glaucoma can’t be reversed even with the surgical procedure. So, it’s necessary to prevent the damage at early stages.

In Ayurveda, glaucoma is best correlated with Adhimanth, which is described under Sarvagata roga (diseases affecting the whole eye) by Acharya Sushruta.

Cataract in general from gradual changes due to aging or other factors leading to the cloudiness of the lens. Proper treatment and care of eyes in initial stages of cataract can be useful in delaying the permanent vision loss or matured or hyper matured stage of cataract.

Cataract in Ayurveda, is mentioned under the drishtigata roga (lenticular diseases) as timir roga.

Timir roga if left untreated, may gradually get converted to kach, and ultimately to the lingnash. Therefore, it is advised to treat the timir rog at early stages. Here, timir roga can be understood as the immature cataract, kach as the progessive state towards mature cataract, and lingnash as the final mature cataract.

To understand the Ayurvedic concept of cataract well one must know in brief about the laksha of drishti (gross anatomy) given by Acharya in the classical texts.

Acharya Sushruta had compared the shape of drishti with the masoor daal (Lens culinaris) i.e. the biconvex shape of the lens, formed by the finest part of the combination of five basic elements and fire spark or glow-worm like gleaming in texture, filled with the teja, covered with multi-layered transparent coverings of patals (can be considered as layers of exterans coats of the eye including lens capsule, bow region, cortical fibres and nuclear fibres) but comprised of several dot-like structures (zonules of lens comprised of lens fibres).

Acharya Shusruta had beautifully described the progessive development of the cataracts (timir roga) in the stages, i.e. by mentioning the gradual effects of the disease from the first patal to the fourth patal.

When the vitiated dosha enters in the blood vessels associated with the first patal (cornea), then the affected person starts having blurred vision.

These dosha when got transmitted to the inner layer i.e. second patal (mansashrit- posterior part of uveal tract) then there is gradual increase in deformities which are characterised by hazy, confusing vision. The patient in this stage usually sees webs of spider, round, mirage, ear-rings, different moving objects, etc. like hypothetical objects. The affected person sees the nearby object far and far located objects near and was unable to see minute near objects even with effort. This condition is termed as timir by Acharya and these are the initial indications of the progresive cataract.

The vitiated dosha when reached the third patal (medashrita- cortical part of the lens having meda like properties i.e. viscous, whitish coloured and lipoproteinacious in nature), then this condition is termed as kach. Patients usually can’t see the near object if the dosha’s are located in the lower portion of drishti (lens), and similarly can’t be able to see distant objects if doshas are located in the upper portion of the lens. So, the usually patients like to see upwards, and watches the objects covered with the cloths, changes in the colour of the drishti (due to increasing opacity in the lens) leading to gradual reduction in vision. This condition is related to the stage of lamellar separation and incipient cataract progressing towards a mature cataract.

Finally when dosha arrives and gets located at the fourth patal (asthi ashrita i.e. the hard supportive structure is nuclear part of the lens) then it is known as lingnash by Acharyas, and the condition is characterised by the complete obstruction of the lens with opacity. The disease is present in the immature state then causes the darkness in the vision but can see the illuminating source, but in the mature form, there can be the complete loss of vision, full darkness even in the presence of light sources such as the moon, sun etc. This can be considered as the immature and mature stage of cataract.

Acharya Sushruta had mentioned the common signs of Adhimanth (Glaucoma) in one phrase i.e.

Adhimanth is the disease in which patients usually experience a feeling of the eye being extracted by someone. There is typically severe throbbing pain in the eyes and intense headache in the half portion of the head.
This condition is due to the increased intraocular pressure of the eyes.
Other specific symptoms mentioned associated with this condition include:

3). Continuous liquid discharge from the eye and sensation of dust in eyes in kaphaj adhimanth.

4). Redness in the blackish part of the eye, pricking pain in eyes and patients usually experience reddish vision in case of raktaj adhimanth.

Furthermore, the severe pain in the temporal region, scalp and intense toothache may be found associated.

The major cause of developing Cataract is ageing and the penetration of dosha up to the third and fourth patal due to underlying eye infection or other causes.

Almost all the netra roga (eye disorders) are due to abhishyand (conjunctivitis) thus, an intelligent physician must treat the abhishynd at priority.

Due to the overconsumption of contraindicated food articles (such as fast food, junk food items, packed food items etc.) and unhealthy lifestyle will lead to the formation of Adhimantha (glaucoma) from the underlying Abhishyand (conjunctivitis) which is characterised by severe pain in the eye.

Diagnosis of these both conditions can be made on the basis of clinical manifestations, reduced visual acuity, plane mirror examination, oblique illumination examination, an ophthalmoscopy (distant direct, indirect and direct) is suggestive of black shadow against red glow immature cataract while mature cataract shows no red glow and tonometry is presented with increased intraocular pressure (in case of glaucoma).

Both cataract and glaucoma, lead to the complete loss of vision in the later stages if they remain untreated. Acharya Sushruta and Acharya Bagbhatta had mentioned various procedures & herbal formulations that can be used in these conditions, that includes:

The use of procedures like snehaan (internal oleation therapy), raktamokshana (bloodletting procedure), virechan (therapeutic purgation), nasya (a type of panchakarma procedure in which medicated oils are administered through nasal route), Anjana (application on medicated corryllium in eyes), shirovasti (procedure which involves the retention of medicated oils in the head by specified equipment as the hat for a fixed period of time i.e. 30-45 minutes), vasti (administration of medicated enema), tarpan (beneficial procedure for the eye), lepa (application of medicated paste to the affected area i.e. outside or around the eyes) and seka (heat therapy) according to dosha.

Triphala ghrita is very much useful in various timir roga. The use of medicated ghrita made with the paste of meshashringi fruits (Gymnema sylvestre) and the medicated decoction is also the best remedy for various eye disorders including timir roga.

The six types of timir roga (i.e. vataj, pittaj, kaphaj, raktaj, sannipataj, sansargaj) are very difficult to treat, hence siramokshan (bloodletting through vein) is advised to the patients followed by the use of virechak dravya (purgative herbs) along with old ghee for the therapeutic detoxification.

Timir roga if accompanied by raag (redness), the application of jaloka for raktamokshan (leech therapy for bloodletting) is indicated.

Acharya Sushruta had mentioned the surgical procedure in the treatment of kaphaj lingnash, and use of madhur ras gunyukt aaushdhi sidh grita (ghee made with the decoction of drugs rich in sweet taste) for washing eyes and use of such drugs for shirovasti in apakav lingnash (immature cataract).

Acharya Sushruta had mentioned that as the Adhimanth is caused due to Abhishyand (conjunctivitis), therefore the treatment pattern for adhimanth follows the same as in Abhishyand.

The patient affected with Abhishyand must be done Snehana (oleation therapy) with old ghee, after sundation therapy, siramokshan procedure for blood detoxification is done. Then again Virechan is done after snehan, followed by vasti procedure. Tarpan, putpaak, aashchyotan (procedures beneficial for the eye), nasya ,sneha parishek (hot fomentation with medicated oils), and use of shirovasti etc. procedures must be used.

These procedures will reduce the severity and intensified pain in eyes and head region by reducing the increased intraocular pressure.

If these treatment methods don’t work then the agnikarma (a therapeutic procedure done as heat therapy) on the eyebrows is done. This will definitely relieve the increased tension in the eyes and head due to glaucoma.

Planet Ayurveda is a herbal manufacturing unit which formulates various products with the strict adherence to ancient Ayurvedic texts and principles mentioned in our samhitas as mentioned by our acharyas (sages). These products/herbal medicines are 100% Natural in origin and are made in the guidance of our expert doctors using ancient time tested formulas.

Here are some Best Herbal Products suggested by Planet Ayurveda’s team experts that are beneficial in delaying the development of cataract in the early stages and also reducing the severity of pain and improving the eye condition in glaucoma by treating both the root cause of the disease and symptomatic relief also:

These four herbal formulations are rich in herbal products which are beneficial for promoting the overall health of the eyes, the amalaki rasayan and brahmi chyawanprash has the rejuvenating qualities which aids up the anti-aging effects and thus increasing the life of the eyes, and side by side delaying the gradual development of cataract or reversing the early stages of glaucoma back to normal.

Moreover, the Bilberry capsules are rich in antioxidants which helps in scavenging the free radicals and the fourth product Angel Eye Vitale is a multivitamin formulation that is obtained from natural sources to promote the normal functioning of the eyes. These formulations in combination will help in relieving the early symptoms of the disease such as blurred vision, the darkness in vision and relieving pain in glaucoma cases.

Of all the senses, sight must be the most delightful. And for keeping the sense of vision intact, it is our utmost priority to take good care of eyes. It’s obvious that with ageing there will be definite gradual damage to the eyes. But regular use of these herbs or formulations will promote eye vision and also delay the damage due to aging and both of these diseases to a greater extent. So, if you are facing such symptoms, start using these formulations to prevent the eyes from the damage and relieving these primary manifestations at a very early stage of these dangerous diseases as these can lead to the complete loss in vision on chronicity.

Treatment of Hepatitis B in Ayurveda 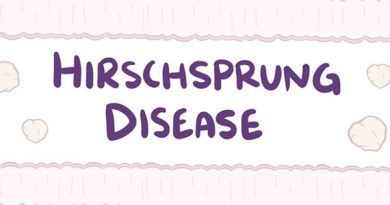 What is the Alternative Treatment Availble for Hirschprung Disease?