Wiskott-Aldrich syndrome is a X-linked anomaly that occurs due to abnormal gene mutation and affects the various parts of the body. This article is all about this disease including signs and symptoms, causes, diagnosis and herbal treatment to manage it.

Wiskott-Alrich syndrome is a X-linked immunodeficiency disorder characterized by the triad of the complaints. It is manifested in the form of three major complaints, i.e. Bleeding tendencies, inflammatory condition of the skin causing red patches on the skin and recurrent infections. The cause behind abnormal bleeding tendencies is presence of immature and improperly functioning platelets that usually forms clots and help in arresting bleeding. These microthrombocytes are present in an individual from birth and causes easy bruises on body, blood in stool (mainly bloody diarrhea), recurrent bleeding episodes that may be from nose or other in minor injuries. It can prove to be life threatening if the prolonged bleeding occurs in brain or other major internal organ. These three major ailments make WAS (Wiskott-Aldrich syndrome) a difficult condition to be treated. Males are prone to this syndrome as compared to females.

Abnormally functioning or low functioning of immune system results in repeated infections in the body and inflammatory disorders as well. Changes in the white blood cells that are known to be the defensive cells causes these ailments. Severity of these immune system related ailments may vary and sometimes in mild cases diagnosis can also be delayed due to lack of the confirming signs and symptoms. Lack of immunity increases the susceptibility of an individual to viral, bacterial and fungal infections. Along with the triad of complaints, these people with WAS are prone to develop hemolytic anemia, rheumatoid arthritis and vasculitis. These disorders occur due to abnormal functioning of the immune system and its attack on own body resulting in destruction of cells and tissues. In people having Wiskott-Aldrich syndrome, the risk of developing certain type of cancers like lymphoma is increased.

As it is a X linked gene disorder which occurs due to the abnormal mutation in the certain gene causing abnormalities in many functions of the body. This WAS gene when formed normally produces a protein which is found in all the blood cells. This specific protein is responsible for the transmission of the signals from blood cells surface to the network of fibers which is involved in the formation of structure of the cells and this network is called actin cytoskeleton. This transmission of signal from WAS protein to actin cytoskeleton leads to cell adhesion and in case of white blood cells it helps to develop interaction with foreign bodies that may harm the body. White cells recognize them and destroys but in case of WAS there is absence of this protein and hence missing interaction with these foreign invaders and thus causing infections in the body. This mutation along with causing Wiskott-Aldrich syndrome can also result in severe congenital neutropenia and X linked thrombocytopenia. These all three are together known as WAS related disorders.

As there occur three main pathological processes, hence the complaints and symptoms also arises as per these pathological changes.

The wiskott-aldrich syndrome is usually diagnosed by Genetic testing in which the abnormal gene is found to be functional. This syndrome can be in both severe and mild and form. Person having the mild form of disease is usually diagnosed late as compared to the severe one. Bone marrow biopsy can also be done to initially to rule out other causes of the similar ailments. However presence of all three triad complaints makes the doctor alert to point towards Wiskott-Aldrich syndrome.

The conservative treatment of wiskott-aldrich syndrome is symptoms specific and is done as per the complaints present in the patient. This includes platelets transfusion in case of low platelet, antibiotics in case of infections and anti inflammatory medicines in case of eczema or similar skin ailment. Also WAS patient should never be given live virus vaccines as it can cause infection in such patients hence they should be given non live vaccines.

But as long term intake of such medicines can cause harm to the body and result in other serious ailments so people are looking for alternate methods for treatment. Ayurveda is the science of life originated in India and now is being followed in many countries of the world. In this treatment is based upon the predominant dosha, either it be Pitta, Vata and Kapha. Natural ways of treatment is used in it like medicines prepared from herbs.

Planet Ayurveda is renowned name in the field of Ayurveda. It is a herbal company that offers treatment for various diseases. Medicines are prepared from pure herbs of best quality which are very effective in treating complex and chronic diseases. For wiskott-aldrich syndrome also Planet Ayurveda offers combination of herbs that help in managing and treating the complaints and that too without any side effects even when taken for long term.

This herbal powder is prepared from single herb Bilva which acts effectively to treat various ailments like indigestion, infections, diarrhea, constipation, etc and also balances the tridoshas in the body.

This polyherbal syrup is prepared from Manjishtha, Shatavari, Gorakhmundi, Ashwagandha, Draksha, and Sariva. All these herbs work synergistically to combat the low hemoglobin and fulfill the normal range.

As the name suggest this herbal syrup helps in treating the diarrhea that may be of any origin. It is prepared from herbs like Bilva, Kutaz, Dhanyaka, Dadima, Dhatki, Avartni, and Saunf.

This herbal syrup is prepared from Manjishtha, Giloy, Chopchini, Sariva, Neem, Haridra, Shobhanjan, Khadir, Gorakhmundi and Shahtara. Consumption of this syrup help in treating all kind of skin related ailments owing to the anti inflammatory and anti bacterial properties it possesses.

Wiskott-Aldrich syndrome can be managed effectively with the help of herbal medicines and as these medicines do not causes any side effects hence can be taken for long term as well. So opting for natural is always best. 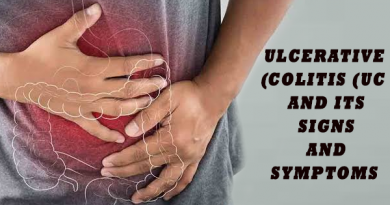 What are the Signs and Symptoms of Ulcerative Colitis

How Asthma Can Be Managed at Home?