Antisynthetase syndrome is a rare and chronic disorder which usually  affects multiple systems of the body. The disorder is mostly immune-mediated. Immune mediation means there is inflammation which  results from abnormal functioning of the immune system and also due to the presence of specific autoantibodies that target a specific protein in the body. Such conditions are obviously even hard to diagnose and can be misdiagnosed with many other conditions. The medication in this case is generally decided according to the system affected. Patients present with simple to complex symptoms.In this article we will mainly discuss this condition in both Ayurvedic and modern aspects along with its management especially according to Ayurveda.

Antisynthetase syndrome is a set of symptoms that typically occur for patients who have myositis together with one or several specific autoantibodies which are known as antisynthetase antibodies. Myositis, means inflammation of the muscles that are responsible for the movement of the body. So then Autoantibodies are basically the immune system proteins that target and attack tRNA synthetase enzymes. In addition till now there are eight antisynthetase antibodies which are being identified and have a significance in myositis. Even the association of this condition is commonly seen with interstitial lung disease, dermatomyositis and polymyositis. Mostly the condition is poorly defined in terms of explanation. 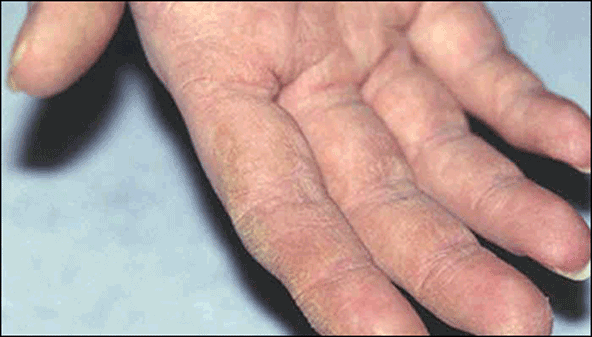 Generally it is postulated that autoantibodies are formed against aminoacyl-tRNA synthetases. The synthetases can involve recruiting antigen presenting and inflammatory cells to the site of muscle or lung injury. The specific molecular pathway of the process awaits elucidation.

The exact cause of the condition is not known. But being considered as an autoimmune disease  suggests only one cause: that the immune system starts affecting its own healthy cells by mistake or due to a trigger factor. These trigger factors can be dietary or related to lifestyle too. In some cases the trigger factors are carried in genes.

The symptoms and severity of the disorder can vary greatly among affected individuals. The Reason for this variation is the involvement of various systems and the symptoms will obviously depend on which system is affected.

Common symptoms include the following

The diagnosis of this condition is commonly suspected based on the characteristic signs and symptoms. So based on the varying type of symptoms following tests are generally done to confirm or diagnose a patient with antisynthetase syndrome:

Prognosis generally depends on the severity of condition along with signs and symptoms. Although the condition is considered chronic it often requires a long term treatment. When the lungs are affected the severity and condition of lungs generally determines the prognosis. In most of the interstitial lung disease is associated, as mentioned before but is non progressive nature. 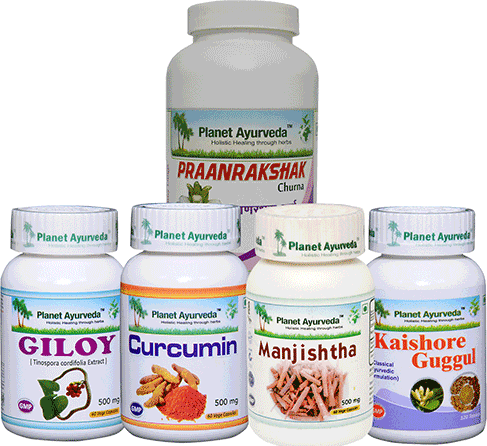 Curcuma longa (haridra) is having curcumin which is one of its most effective chemical constituents. Curcumin Capsules are manufactured using this chemical constituent. These capsules potent to prevent or subside any kind of infection. Curcumin also has anti-inflammatory properties and is very useful in dealing with the inflammatory condition related to muscles, lungs and various other organs. It also has a very good effect as an antioxidant and bears analgesic properties. Curcumin also acts as an immune system mediator and has very fantastic results in almost all the inflammatory conditions.

Dosage: One capsule twice a day after meals with lukewarm water.

Giloy capsules are prepared with standardised extract of guduchi (Tinospora cordifolia). These capsules are  really very helpful as an immune system modulator. Guduchi is a synonym of giloy which means it protects the body and improves various metabolism working in it. Giloy basically has an anti inflammatory and anti secretory effect on the respiratory system which means it reduces mucus production and thus relieves breathlessness.  It is a marvelous herb or can be called as a magical herb of Ayurveda which also helps in increasing, maintaining  and boosting immunity of one’s body.

Dosage: One capsule twice a day after meals with lukewarm water.

These capsules are made using standardized extract of manjishtha (Rubia cordifolia). It enhances the blood circulation and also improves the quality of blood by removing toxins from it. It has an antioxidant property and supports a healthy immune system. Manjishtha is a very good and effective herb which can act very well in dermatomyositis. It basically helps in skin patches, rashes, itchiness and inflammation.

Kaishore guggul has many ingredients like amalaki (Emblica officinalis), haritaki (Terminalia chebula), Guduchi (Tinospora cordifolia), Ginger (Zingiber officinale), black pepper (Piper nigrum) and many others. It is a classical preparation which is being used to remove toxins from the body and also supports healthy blood circulation. The formulation tends to show a rejuvenating effect on the body. This formulation is very popular for its fantastic effects. All over the formulation is very good for its anti-inflammatory properties and also gives very nice results in reducing inflammation seen in myositis.

Praanrakshak churna as the name suggests is formulated exclusively for the management of respiratory symptoms like expectoration, cough, breathlessness and many more. It also helps in healing the inflammation in the respiratory tract. The formulation is having very significant results in antisynthetase syndrome which is associated with interstitial lung disease.  It helps in rejuvenation of fibrosed fibrosed tissue, reduces the stiffness in the tissue and also shows its effect on reducing difficulty in breathing.

Dosage: One tsp twice a day after meals with lukewarm water.

The conditions like Antisynthetase syndrome are the result of mismanaged lifestyle and eating habits. Such habits pay off slowly and generally in the form of impaired immune system. This impaired immunity gives room for the occurrence or onset of diseases which are now termed as autoimmune conditions. Whether it is as simple as a headache or as complex as cancer, maximum conditions are the result of imparied immunity and weakened digestion. So Ayurveda suggests that one must start with correcting the mistakes by managing their diet and lifestyle and slowly each and everything falls into place along with the medication. In case of any query kindly visit WWW.PlanetAyurveda.com

Make Your Immune System Healthy to Enjoy Your Life 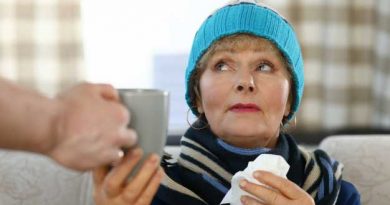 How to Increase Immunity with Ayurveda? – Natural Herbs