Allergy is the body’s reaction to a normal substance when the body starts considering it as an ‘invader.’ The substance can be pollen, animal dander, certain food like wheat or milk, insect sayings, latex etc. Allergies are manifested by some symptoms when an allergen enters the body. The symptoms can be mild to moderate to life threatening. Antihistamines are the main treatment for allergic conditions such as hives. Antihistamines developed by anticholinergic drugs. There are two types of antihistamines – first generation H1 and second generation H1. These are associated with various side effects such as somnolence. Although they provide relief in a very short time but can cause other severe conditions. In the text below we shall look into some detail of antihistamines and their side effects. And we shall also look at what are the alternatives available to the antihistamines. Let’s have a look!!

Histamine is the tissue amine present in animal tissues and some plants. It is present mostly in the granules of the mast cells. Skin, gastrointestinal mucosa, livers, lungs and placenta are rich in histamine. It is also present in blood and bodily secretions. There are various actions of the histamine on such as dilation of blood vessels, it increases gastric secretions etc. Histamines are also known to be mediation of hypersensitivity reactions

It is an important mediator of such reactions like urticaria, bronchoconstriction, angioedema and anaphylactic shock. It is believed to be the afferent transmitter which initiates the sensation of itch and pain at sensory nerve endings. Furthermore it is a mediator of vasodilation and other changes of inflammation. H1 antagonists are also called conventional antihistaminicos which have antagonist actions at the receptors of histamines. They are also inverse agonists. In Ayurveda, allergies can be correlated with vata and tridosha vitiation. As it manifests with all doshas symptoms. Rakta dhatu is also vitiated in allergies. 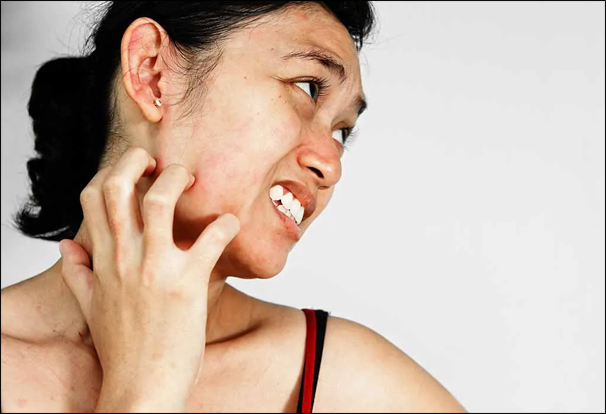 They block histamine induced contraction of intestinal and smooth muscle, bronchoconstriction, triple response i.e. wheal, flare and itch. Immediate hypersensitivity manifestations are suppressed within a short period of time. Such as urticaria, angioedema and itching are controlled well.

Side Effects and Toxicity

They cause less side effects than first generation antihistamines. As it does not depress the central nervous system. These include levocetirizine, fexofenadine etc.

It is a second generation antihistamine which is used to alleviate symptoms of some allergies. Symptoms include running nose, watering eyes, itching, sneezing etc. Though it does not work in anaphylaxis. However, the drug relieves symptoms perfectly but the side effects are much more than benefits.

Montelukast is a leukotriene receptor antagonist which is used to treat conditions of asthma and used to dilate bronchoconstriction and reduce symptoms associated with the respiratory system. It is also used in allergic rhinitis.

Side effects include numbness or tingling sensation in arms and legs, muscle weakness, speaking problems like stuttering, uncontrolled muscle movements, sinusitis and pain in sinuses etc. Side effects to the drug can also exhibit some allergic reactions including rashes, itching, severe dizziness and trouble in breathing.

Fexofenadine is the active metabolite of terfenadine, the first non sedating Second Generation Antipsychotic. It is an antihistamine that alleviates symptoms of allergies. It is used in conjunctivitis, hay fever, eczema etc.

Planet Ayurveda is an renowned GMP certified, US-FDA registered and ISO 9001:2015 certified Ayurvedic Company, which adhered to the aim of manufacturing quality Ayurvedic medicines as mentioned in the different  ancient texts of Ayurveda. Medicines are manufactured without additives and preservatives and other kinds of chemicals or artificial flavouring agents which causes many ill effects on the human body. Products prepared at Planet Ayurveda are pure and do not contain any kind of adulteration. Planet Ayurveda presents its Allergy care pack which relieves all kinds of allergic reactions and symptoms without causing any side effects.

Tulsi capsules contain the herb Tulsi (Ocimum tenuiflorum). The capsule contains a miraculous herb which enhances immunity. It relieves hypersensitivity reactions of the respiratory tract as it pacifies vata and kapha dosha. Furthermore, it is beneficial in inflammatory conditions as it possesses antiinflammatory properties. Therefore it soothes the irritated mucosa. It also relieves itchiness.

As the name of the product indicates it is helpful in relieving symptoms of allergy. Aller-G Care capsules are filled with the goodness of haridra (Curcumin longa), neem (Azadirachta indica), shirish (Albizia lebbeck), ashwagandha (Withania somnifera). All the herbs possess pacification of  all three dosha, which results in alleviating the associated symptoms of the respected dosha. The herbs have antiinflammatory and analgesic properties. All the herbs together do a magnificent job in curing the various allergic reactions. It soothes the skin and provides relief from the itchiness and also purifies blood. As all the herbs together correct the vitiated doshas and dhatu, therefore the symptoms and allergies get cured from the very root cause of their own.

Curcumin Capsules contain the herb haridra (Curcuma longa). Curcumin capsules are perfect for allergic or hypersensitive reactions as it pacifies vata, pitta and kapha dosha together. It has properties that help in relieving itchiness and respiratory allergic symptoms. Moreover it helps in urticaria. As it possesses antiinflammatory properties which alleviates inflammatory wheals of urticaria. In addition to this curcumin capsules also purifies and cleanses blood as rakta dhatu vitiation is prime reason for the hypersensitive reactions. All these activities make Curcumin Capsules ideal for allergies.

There are various hypersensitivity reactions a body responds with to certain substances. The main cause of these reactions are histamines. And the phenomenon by which  the reactions lead to various symptoms are known as allergies which are substance specific. And this turns out to be like a patient is allergic to a specific thing. In order to suppress the hypersensitivity antihistamines are used. Antihistamines while suppressing the allergic symptoms also exhibit side effects that can be of various degrees. People use antihistamines without acknowledging the side effects they can cause. Therefore, an alternative to the antihistamines is necessary. And as we discussed, the Allergy Care Pack prepared by Planet Ayurveda is a multipurpose pack which cures the allergies from the root cause through pacifying the vitiated doshas. Furthermore there are no side effects of the herbal formulations which makes it the best alternative to the antihistamines.

What is Botox & Its Side-Effects? What are the Safest Herbal Substitutes for Wrinkle Free Facial Skin?