Enbrel (etanercept) is an injectable medicine that is used to treat various disorders which are autoimmune. Enbrel is one among the drugs that belong to the class TNF i.e Tumor-necrosis factor. TNF is a type II transmembrane protein that works as a cytokine. These proteins act on the immune cells and regulate diverse cell functions.

Enbrel is widely used in diseases such as psoriasis, rheumatoid arthritis, and other autoimmune disorders. Mostly Enbrel injection is advised to treat psoriasis, especially psoriatic arthritis, and plaque psoriasis. As we know psoriasis is an autoimmune disease which means the immune system is responsible for psoriasis. In psoriasis plaque formation or skin, eruptions are the cardinal features where increased epidermal cell proliferation lead to psoriatic patches which are related to the increased replication and metabolism of dermal fibroblasts that is initiated by an overactive immune system.

Moreover, the abnormal immune system is responsible for the defective and impaired functioning of T helper cells and neutrophils where they perceive the healthy tissues as antigens and destruct the epidermal layer and form topical lesions which are scaly and discolored but their roots are deeply seated.

Meaning: According to this shloka, Ek kushta can be correlated to Psoriasis in which there is no perspiration, it affects the large areas and looks like fishy scales.

Moreover, Enbrel injections can be given in severe complications of psoriasis. They are really effective to manage them but only the problem of using these injections is that when they are used for the long term and can reduce the body’s immunity long term Enbrel injection can increase the risk of cancer by gradually reducing the immunity. An individual can utilize these injections in the initial stages, but to avert the side effects of the long term they can effectively switch to Ayurvedic herbal remedies which are safe to use, moreover, they are more effective, and their result lasts for a long time. Even these injections are not being advisable below the age of 2 years, so in those cases better to take the help of alternative medicines that are safe to use.

Planet Ayurveda, the renowned Ayurvedic Clinic formulates its own medications that are classical as well as patent and show its effective results even in the drastic conditions. Just to combat the adverse effect and to resolve the condition completely. Planet Ayurveda offers the “Psora Care Pack” to treat psoriasis, a better alternative to Enbrel injections. Which contains the following medicines –

Let us conclude how these herbs are more effective and potent than Enbrel injection.

A potent detoxifier that is widely used to eliminate toxins from the body either via the urine or feces. It is composed of amalaki (Emblica officinalis), haritaki (Terminalia chebula), bibhitiki (Terminalia bellirica), guduchi (Tinospora cordifolia), daruharidra (Berberis aristata), katuki (Picrorhiza kurroa), vacha (Acorus calamus) and manjishtha (Rubia cordifolia). This powder eliminates the toxins from the liver as well the gut thus won’t allow microbes to grow inside the body.

A patent medicine, which is a blend of Manjishtha (Rubia cordifolia), Ghrit kumari (Aloe barbadensis), Pit papada (Fumaria officinalis) and Chirayata (Swertia chiretta), herbs. It regenerates the new cells which are delayed in the low immunity persons of psoriasis within a short period of time and restores the normal color of skin, which we can’t be attained by the use on Enbrel injections.

Neem is a universally accepted antibacterial and anti-fungal herb not only in the traditional system of medicine but also in the other alternative medicinal systems. Neem (Azadirachta indica) also possesses anti-inflammatory and blood purification properties which are equally important to fight against the infections.

Manjishtha (Rubia cardifolia) is an effective herb in treating skin problems. Basically, it acts as a blood purifier and as an antioxidant herb which helps to pacify Pitta dosha in our body and also balances other two doshas in the body. It enhances the complexion of the body and clears the depigmented skin. It also acts as Rasayana thus, boosts the defensive mechanism of the body for fighting against bacteria and viruses.

This medicine contains akik pishti, praval pishti, mukta pishti, jaharmohra pishti, kamdudha ras and giloy satva. As this condition arises due to a weak immune system, all these medicines act on our immune system and have immune modulator property. Even balances the pitta dosha in the body.

An effective classical formulation which is composed of Jati, haridra, nimba, patola, katu rohini, manjishtha, tutha, etc. herbs and some metallic contents, they are potential enough to heal the deep-seated wounds or non- healing wounds. We can speed up the rejuvenating process by daily application of the oil on the affected area.

Recumin gel has shown tremendous results in the case of skin disorders. Recumin gel contains Azadirachta indica, Jasmine officinalis, Cocus nucifera, Commiphora mukul, Celastrus paniculatus, Sesame indicum, etc. herbs that have anti-bacterial action on our body. It improves the texture of the skin by removing the scaly de-pigmented patches from the body.

Use – As a topical application, use twice daily.

Even these Jatyadi oil and Recumin gel can be mixed together and apply.

Moreover, in the absence of Recumin gel or Jatyadi oil, you can also use Lippu oil and Psorolin ointment. They are also equally effective.

Special Note: Those who are already taking the Enbrel injections and want to switch the better, effective and a safe alternative they shouldn’t stop taking them immediately. On the contrary, gradually they should decrease the dosage of Enbrel and simultaneously add Psora Care Pack in their routine. 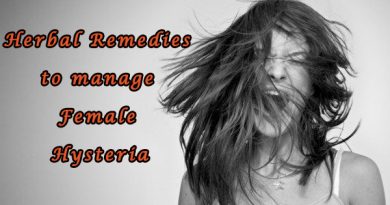 A Helping Hand of Ayurveda for Acute Respiratory Distress Syndrome