Skip to content
Ayurveda Herbal Remedies
June 13, 2019 Dr. Vikram Chauhan 0 Comments All You Need to Know About Agnosia, Auditory Agnosia, Herbal Treatment Agnosia, Signs and Symptoms of Agnosia, What are the Types of Agnosia?, What Causes Agnosia?, Yoga and Meditation

Agnosia is a Greek word which means ‘absence of knowledge’. This term was coined by ‘Sigmund Freud’ in 1891. Agnosia is a neurological disorder which is characterized by a loss of ability to recognize things. Here, the person is unable to perceive the objects, persons, places, shapes, sounds, and smells. The interesting fact is, all the senses are intact and there is no defect at all but due to some defect in the brain like- damage of occipitotemporal border, which may occur because of head injury, a person may lose these sensory abilities. But agnosia will affect only a single modality at a time, it’s either auditory, speech or vision. In this condition, a person who is affected by agnosia can interact with the world normally. There are different types of agnosia.

As per Ayurveda, this is a Tridoshaj Vyadhi with the predominance of Vata dosha which affects all the dhatus especially the majja dhatu of the brain.

The exact cause of the disease is still unknown. But there are some probable causes that contribute agnosia are –

What are the Types of Agnosia?

This agnosia is broadly classified into three types, they are

This type of agnosia person feels difficulty to distinguish voice and speech, even from the other environmental sounds. Further, it is of 2 types – Semantic (damage to the left hemisphere) and discriminative (lesion in the right hemisphere).

In this agnosia, the person is a failure to recognize things on the touch. Here, an individual can feel the weight of the object, but can’t recognize its use. This occurs due to lesions in the parietal lobe of the brain.

What are the Signs and Symptoms of Agnosia?

Diagnosis can be made through a variety of psychological tests, CT scan (Computed tomography) and MRI (Magnetic resonance imaging)

There is no exact management strategy to deal with Agnosia but some organizations are really working hard in finding solutions of these rare diseases to evaluate the exact cause and provide a fruitful treatment for sufferers.

Ayurveda provides help in these rare diseases with the help of both effective ways like palliative care and Panchakarma. Here, with the help of Panchakarma, we can detoxify the whole body and rejuvenates the damaged areas. The therapies that are quite effective area – Basti (It will support the gut system in turns initiates the neurons), Shiro Basti and Shirodhara (both the therapies locally support the head region), Nasya, Karna Purana, Akshitarpana (these are effective and supportive therapies that are advised, as per involved lesions).

Planet Ayurveda offers really effective treatment in these rare neurological disorders with the help of natural herbs which are pure and free from side effects.

Amalaki (Emblica Officinalis) is the best Rasayana that rejuvenates the whole body including our degenerated neurons. Amalaki is a rich source of antioxidants hence responsible for repairing the oxidative changes in the body.

These capsules are composed of pure extract of Brahmi (Bacopa monnieri) which is a medhya rasayana and enhances mental strength. It stimulates the production of neurotransmitters in our brain, which creates balance in the sensory and motor functions.

Ashwagandha is a generalized tonic that helps to improve the body as well as mental functions. It balances all the doshas, sharirik as well as mansik doshas. It helps to stabilize all the dhatus in our body.

Dosage: ½ teaspoon twice daily by mixing in a glass of milk, after meals.

Dosage: Instill 2 drops of anu taila in both the nostrils, advised in the early morning

In the case of reduced sensory functions, we need to take the help of Yoga and Meditation. These mental exercises aid healthy healing in all neurological and psychological disorders. 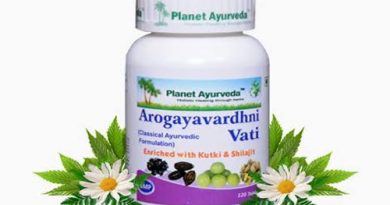 What Diet Should Be Followed to Prevent Ulcerative Colitis