The body is of no use if it’s not fit both physically as well as mentally.  As we all know that health is the biggest wealth for human life. But due to our unhealthy habits or sedentary lifestyle, we suffer from different health issues and one of them is Anasarca. Well, it is important to note that it’s not a disease itself but instead a sign of the disease. Anasarca is generally swelling of the whole body and this could be due to some underlying health issue. In this article we are going to throw light on this medical condition and its treatment through the help of herbal medicine.

Anasarca can be defined as the accumulation of fluid in different body parts including arms, hands, feet, ankles, and legs as well. This is caused due to some medical condition and illness that causes changes in the proteins of the body. The imbalance in the protein will naturally cause an imbalance in the fluids or may also result in abnormality in the blood vessels. It is also present when the patient suffers from organ damage or other illness. There are also other varieties of causes for anasarca including dehydration and even injury.

What Are The Signs And Symptoms?

One important thing to note is that it’s a symptom, not a disease, there could be a variety of medical conditions for Anasarca.

Here are some common cause for the anasarca including

How Anasarca Can Be Diagnosed?

Here are the ways to diagnose the disease including

According to modern medications, the common treatment for Anasarca is the drugs like Diuretics or administration of Albumin in the body. This can cause other side effects to the body making the condition worse.

According to Ayurveda Anasarca is caused due to the imbalance of Vata, Pitta, and Kapha Dosha. By giving Ayurvedic medicine one can easily balance the Dosha of the body and this will naturally remove the accumulated fluid in the body.

These capsules are packed with one of the best herbs known as Punarnava (Boerhavia diffusa). It is one of the effective herbal remedies for maintaining the good health of the Kidney and is packed with rejuvenating properties. Punarnava is very effective in expelling the extra fluid from the body and proven to be best for patients who suffer from Anasarca.

This herbal tablet is a combination of herbs like Gokshura (Tribulus terrestris), Varuna (Crataeva nurvala), and many more. This herbal medicine contains anti-inflammatory, diuretics as well as rejuvenating properties. As the name says, it is very effective in removing any kind of collected water from the body and is best for kidney problems. It is also very effective in removing toxins from the body and making it overall healthy

It is the combination of two effective herbs known as Shallaki (Boswellia serrata) and Curcumin (Curcuma longa). It is very effective in decreasing inflammation of the body by improving circulation. Along with that, it is also very useful in removing ailments like pain in joints, difficulty in breathing, and also increased heartbeat.

Dosage:- One capsule twice daily after meals with water.

This is the combination of herbs like Gokshura (Tribulus terrestris), Guggulu (Commiphora mukul), Ginger (Zingiber officinale), Pippali (Piper longum), Bibhitaki (Terminalia bellirica), and many more. This herbal medicine contains multiple properties like analgesic, anti-inflammatory as well as detoxifying properties. Due to its diuretic property, it is excellent for kidney disorders.

Contact Planet Ayurveda to provide you the costing / ordering and delivery information at – costing.planetayurveda@gmail.com or call at +91-172-5214030 Or Check Website – www.PlanetAyurveda.com

As discussed Anasarca is the symptoms of the disease and it is important to know the cause in order to treat the disease. The above-mentioned herbal medicine will help in treating the accumulation of water naturally and making the body overall healthy. 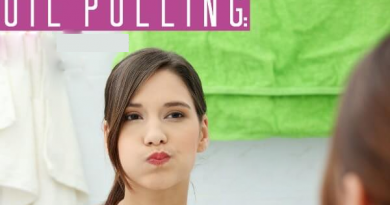 How to Detox Your Body with Oil Pulling