Treatment of Arthritis: Arthritis is the condition of joints which include inflammation and tenderness of the joints. It can affect one or more joints.  It comes under chronic disease. (1) Women are more prone to have arthritis than men. 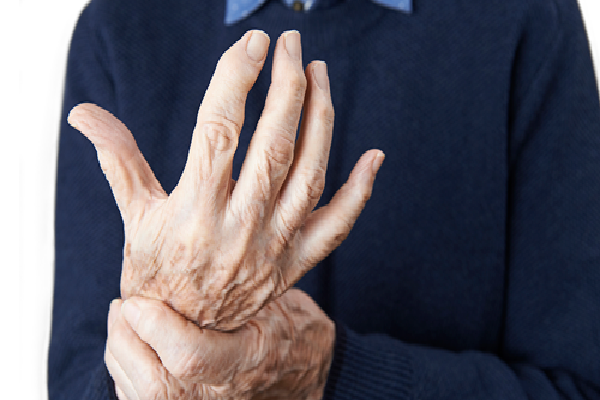 Studies show that worldwide, 9.6% of men and 18.0% of women older than 60 have symptomatic osteoarthritis (2). For rheumatoid arthritis, prevalence rates vary between 0.3% and 1% and are more common in women than men and in developed countries(2).

Parts of the Body Affected by Arthritis

Arthritis is mainly an inflammation of the joints but later it causes damage to cartilages and bones.

It may be due to the abnormal functioning of the immune system and due to the destruction of cartilage (the deposition of material which protects the bones). It leads to the damage of joints and creates pain and inflammation there.

According to this shloka, a person who takes incompatible foods, excess of food and undigested food originates the excess of Amadosha which is considered as a poison.

Early Signs and Symptoms of Arthritis

The main common symptoms of arthritis are joint pain and stiffness. But there are also some early signs and symptoms that a person may experience which are estimated to be arthritis. These early signs help people to receive treatment at an early level.

Some early Signs and Symptoms of Arthritis are the following:

Fatigue is one of the common symptoms of arthritis, especially when inflammation of joints occurs. Generally, fatigue is a response of the body to inflammation, poor sleep, anemia, and medications. It results in laziness, lack of energy which affects feelings, emotions, and mood.

Joint pain also caused due to the inflammation. It occurs in the wrist, fingers, and feet. It is a common sign of arthritis. Due to inflammation of the lining of the joint (synovium) becomes thicker and causes the production of synovial fluid. This made pressure on the joint capsule and disturbs the nerve endings which leads to joint pain.

Small joint stiffness is a very common early sign of arthritis. It can occur at any time of the day but in the morning it is common in arthritis. This can also happen when you are active or inactive.

Chronic arthritis can cause deformity or damage to joints. Inflammation leads to both abrasions of ligaments, cartilage, and bones.

7. Loss of Sensation in Joints

It includes numbness and tingling sensation of the hands and feet. It also comes under the early sign of arthritis. Due to the inflammation of the joints, nerves get compression which results in the loss of sensation.

8. Loss of motion in Joints

In the initial stages of arthritis, a person may have difficulty in bending the wrist. Over time, it can damage the joints (ligaments and tendons).

In arthritis, chronic inflammation causes the bone marrow to reduce the discharge of red blood cells into the circulation. It causes anemia. So, it may an early sign of arthritis.

Mainly joint pain, inflammation, and other symptoms of joints are associated with arthritis. But low-grade fever may be an early sign of arthritis.

Treatment of Arthritis in Ayurveda by Planet Ayurveda

These herbs are used to form herbal products for arthritis. Planet Ayurveda provides the best Ayurvedic treatment of arthritis. The combination of herbal product is named as “Joint Support Pack”. The products included in this pack are the following:

Curcumin is the main constituent of Turmeric. It has great anti-inflammatory properties and reduces various types of inflammation. So, this herb is useful to relieve pain and inflammation in a patient with arthritis.  These capsules also have excellent rejuvenating properties and recover the muscles and bones.

Bone support capsules an effective Ayurvedic remedy for the treatment of arthritis. It contains a mixture of standardized extract of various herbs such as ShudhLaksha (Laccifer alacca), Arjun (Terminalia arjuna), Praval pishti (Corallium rubrum), Asthi shrinkhala (Cissusqua drangularis), and Sahijan (Moringa oleifera). Shudh Laksha strengthens the muscles and improves the calcium deposition in the bones. Arjuna relieves joint pains and maintains the strength of the bones. Praval Pisti is a natural source of minerals and calcium which are useful for the health of bone and joints.

Coral calcium capsule contains many ingredients such as Akikpishti, Muktapishti, Jwarmohra pishti, Kamdudha rasa, Praval pishti, and Giloysatva. Parval Pisthi makes bones strong. Akki Pishti improves the absorption of calcium in bones and strengthens the bones. Kamdudha Ras is a good source of calcium and improves the strength of joints.

This is the information about early signs and symptoms of arthritis and Ayurvedic treatment which helps to manage these symptoms. The herbs for this disease and herbal products provided by Planet Ayurveda are the natural remedies to treat arthritis. The products are 100% natural, pure, safe, and are free from any chemicals, additives, preservatives and produce no side effects.

Alternative Treatment And Diet For Hypothyroidism

HOW TO DEAL WITH MALIGNANT NARCISSISM?

How Chaple’s Syndrome can be Managed Naturally?