Papaver somniferum was formally described by Carl Linnaeus in 1753 in his seminal publication, Species Plantarum. He was a Swedish botanist. Papaver somniferum (Ahiphena) is commonly known as “Breastseed poppy” or “Opium poppy”. It is a valuable ornamental plant from which opium and poppy seeds are derived. It is said that in the late 1830s, first and Second Opium wars between China, and the British Empire and France took place, The Chinese attempted to stop western traders from smuggling and selling opium into their country from the large crops which were grown in India. As a result, the British had a deep trade deficit with China, and the British-owned Indian opium sale helped to balance it.

It is an annual herb, which is erect and it is covered by latex and smooth surface. It grows about 100 cm tall. The plant gives a greyish – green appearance, stems and leaves are covered with hairs. Large lobed leaves are present. June and August are its blooming months. Flowers have four white, mauve or red petals with 30-100 mm diameter, Base maybe sometimes covered with dark markings. The fruit is like a rounded capsule which is usually hairless. It has many species and subspecies but they all are different from each other in many aspects like – the color of seeds, the color of a flower, number and shape of petals, production of opium and quantity of fruits and flowers.

It is often cultivated in all countries.  Asian minor is said to be its native range. It is said that it must have come from China and India through the 8th century. China, the Balkan and Asia minor are its main cultivated areas. If we will make the incision over the capsule of an unripened poppy plant, then milk will come which upon spontaneous evaporation will become thick, This is called Poppy.

It has a variety of therapeutic uses –

Poppy seeds contain a large number of carbohydrates, protein, fat fiber and moisture. It contains around 25 alkaloids like morphine, codeine, narcotine, narcine, and papaverine. It also contains minerals like calcium and phosphorus. Oxalic acid and opium are found in its sap. They are rich sources of fatty acids, especially omega-3 fatty acids. Diastase, lipase, and nuclease enzymes are also present in it.

Pharmaceutical Use – It has analgesic and narcotic action.

Pharmaceutical Use – It has analgesic and antitussive action.

Pharmacological Use – It is a precursor of opioids.

Pharmacological Use – It has antitussive action.

Pharmacological Use – It has anti-spasmodic action.

The whole plant has many uses but mainly seed, seed oil, exudate from fruit and unripe seed capsule are used for medications.

They are white, brown, yellow and nearly black, obtained from the capsules. They are pleasant and nut-like in taste and odor. After the successful drying of the capsule on the plant, the poppy seeds can be collected. They have a reticulate surface. It is also known as Poppy Seeds.

This plant has various health benefits –

Opium should only be used in prescribed doses because if the dose exceeds it may result in various complications. Children should not be given opium. It should be avoided during pregnancy and in the case of kidney disease.

“TRUE MEDICINE COMES FROM EARTH, NOT FROM LAB”

How Meningitis can be Treated Naturally? 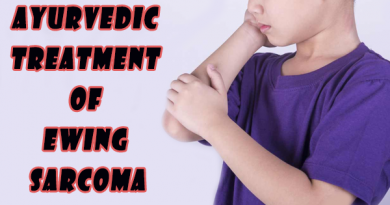