Metastatic Crohn’s disease is an infrequent cutaneous manifestation of  Crohn’s disease. It can be defined as the presence of non caseating granulomatous lesions of the skin at sites anatomically different from the gastrointestinal tract.   Crohn’s disease comes under the inflammatory bowel disease. Which has unknown aetiology. It is inflammatory condition of the colon/last part of the small intestine and anal canal. In the past, it was known as ‘terminal ileitis’ and these days, it is called ‘regional ileitis’. Though it can occur or affect any part of the gastrointestinal tract. The disease may show a variety of symptoms. In Ayurveda, Crohn’s disease is generally correlated with vitiation of pitta dosha. Pitta dosha’s seats are navel, stomach and the small intestine. As the pitta dosha gets imbalanced, hence the signs of malabsorption, indigestion and others occur. Therefore, Crohn’s disease is related to an imbalance of pitta dosha. 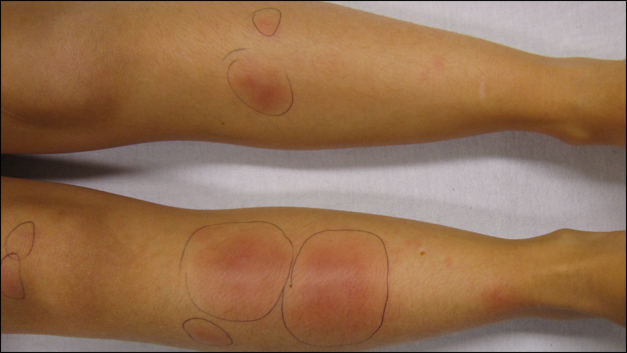 It has been suggested that antigens or immune complexes stemming from the gastrointestinal tract in primary Crohn’s disease travel through the circulatory system and deposit in the skin, creating perivascular granulomatous features seen in microscopic examination of Metastatic Crohn’s disease lesions.

Autoimmune cross-sensitivity has also been attributed to a type IV hypersensitivity reaction wherein T cells cross-react with skin antigens, wrestling in an inflammatory response similar to that seen in the gastrointestinal tract of Crohn’s disease.   Crohn’s disease usually initiates in the terminal ileum as ulcers in the intestine.Severe inflammation and ulcerative mucosa.Skip lesions are a characteristic feature of Crohn’s disease.Enlarged mesenteric nodes.Mononuclear cell infiltration and lymphoid hyperplasia is a common finding.With time as the disease progresses, narrowing of the lumen occurs which results in intestinal obstruction.Snail track ulcers and serpiginous ulcers develop.Perianal abscess, fissure and fistula in ano develop.

Gastrointestinal signs and symptoms remain the same as Crohn’s disease, as follows

loperamide-like medicines are used to slow down gut motility.

it is the drug of choice. It is used as an antimicrobial agent. It reduces inflammation. It also causes immunosuppression. Side effects of the drug include folic acid deficiency, temporary fertility problems in men and skin rashes.

when sulfasalazine fails to reduce remission, corticosteroids are used. oral prednisolone 60 mg per day tapering in 4 weeks is used.

deficiency due to malabsorption causes severe deficiencies of vitamins etc. Therefore supplements according to the deficiency are used.

The surgery is total proctocolectomy. The diseased part is excised and end-to end anastomosis is performed. Indications for surgery include failure of conservative treatment, bowel perforation, intestinal obstruction, abscess formation formation of fistula.

Planet Ayurveda is a famous GMP certified, US-FDA registered and ISO 9001:2015 certified Ayurvedic Company, which adhered to the aim of manufacturing quality Ayurvedic Formulations as mentioned in the various ancient texts of Ayurveda. Medicines are produced without additives and preservatives and other kinds of chemicals or flavour enhancers which causes many side effects on the human body. Products prepared at Planet Ayurveda are pure and devoid of any kind of adulteration. Following is the list of some formulations which are prepared by Planet Ayurveda for treating Metastatic Crohn’s Disease.

As the vitiated dosha is pitta in Crohn’s disease, balancing pitta dosha becomes mandatory to cure Crohn’s disease and its cutaneous manifestation that is Metastatic Croh’s Disease. It is a herbo-mineral formulation which contains various things that balance pitta dosha. Its ingredients include JaharMohra, Kaharawa, Akik, Mukta and Giloy Satva  (Tinospora cordifolia). As it balances the root cause of the disease, it is indicated in Metastatic Crohn’s disease.

Dosage: one capsule twice a day with plain water after meals.

Dosage : one tablet twice a day to be chewed after meals with lukewarm water.

It is a herbo-mineral formulation which is blended with the goodness of various herbs and minerals. The product is constituted of shuddha parada (purified mercury),  Mukta bhasma (calx of pearl),  Swarna bhasma (gold calx), Shuddha hingula (an ore of sulphur and mercury), shuddha gandhak (purified sulphur), trikatu (dried ginger, Black pepper and long pepper), tamra bhasma (copper calx) and loha bhasma (iron calx). Furthermore it contains juice extract of datura (Datura metel), kutki (Picrorhiza kurroa), nimbu swaras (Lemon juice), Kantkari (Solanum xanthocarpum). With so many ingredients it is such a formulation combating weakness caused by Metastatic Crohn’s Disease and Crohn’s disease. It is beneficial in infectious conditions and also nourishes the body and increases absorption of nutrients in the body. It boosts immunity that results in overall wellness. Therefore it is useful in the aforesaid disease.

Dosage : one tablet to be chewed daily.

Dosage : Half tablespoon twice a day with lukewarm water after meals..

The capsules contain neem (Azadsirachtra indica). Due to its bitter taste it is beneficial in balancing pitta dosha. Which results in overall alleviating signs and symptoms of Crohn’s disease and its metastatic manifestation. Furthermore, it is a magnificent herb for the skin ailments. Therefore it is useful in cutaneous features of metastatic crohn’s disease.

Dosage : One capsule twice a day after meals with plain water.

Dosage : Two tablespoons twice a day after meals after mixing with lukewarm water.

Contact Planet Ayurveda to provide you the costing / ordering and delivery information at – costing.planetayurveda@gmail.com or call at +91-172-5214040 Or Check Website – www.PlanetAyurveda.com

How to get a Toned Skin Naturally?-Cucumber Toner and Rose Toner