Gout is found to have increased prevalence in the recent years. It can affect anyone but men are more likely to get gout. It originates as pain and inflammation of the big toes and heels of the feet. Soon all the toe and finger joints swell and ache.

Gout is a metabolic disorder which results due to the deposition of uric acid in the joints, which results in inflammation in the joints. When the body digests purine, it produces a waste product called uric acid. In normal conditions, uric acid dissolves and excreted out through urine via kidneys but if this uric acid is not excreted out from the system and the body produces too much uric acid, it starts accumulating in the body and this build up of uric acid results in the formation of sharp needle like crystals. These crystals accumulate in the joints or the surrounding tissues which causes extreme pricking pain and inflammation.

Ayurveda can help in treating gout in a natural way with the use of herbs, diet, and lifestyle modifications etc.

What are the Symptoms of Gout?

Initially the most affected joint is the 1st metatarsophalengeal joint. There is severity in pain, especially early in the morning which is often described as

What is the Ayurvedic Perspective of Gout?

Gout is known as ‘Vatarakta’ in Ayurveda. It is a major example of Vata Vyadhi. As the name suggests, Vatarakta is caused due to the vitiation of Vata dosha and Rakta dhatu. Ayurvedic texts describes Vata as the most significant dosha in the midst of the tri doshas due to its features and actions such as quick action, vigor, vitality, capability to vitiate other doshas and its vitiation causes 80 types of diseases.

Vatarakta is a Vatavyadhi Prabheda, which is considered as the finest illustration of Avarna Vyadhi, as an opening from the etiopathogenesis to the complications, the illness follows the characteristic presentation of Avarana. From the overall view of the etiology, it is unambiguous that the etiological factors of Vata dosha and Rakta dhatu are accountable for the causation of illness. According to Ayurveda, an obstruction in the path of Rakta dhatu is the core pathology of the disease.

Meaning : In this shloka, the symptoms of gout are explained. The symptoms are excess sweating or less/no sweating, loss of sensation, joint weakness, laziness, stiffness, ulcer formation, pain in the joints such as knees, hands, shoulders, foot, burning sensation, loss of skin complexion and rashes appear.

Treatment: The line of treatment of gout in modern medicine is the administration of NSAIDs, Glucocorticoid etc. which fail to modify the course of the disease and patients may suffer from the ill effects of these drugs.

How Planet Ayurveda can Help in Treating Gout?

Planet Ayurveda offers traditional Ayurvedic formulations. The major objectives in the treatment of gout are to keep the serum uric acid level to a normal position and to prevent joint damage due to hyperuricemia. It offers Gout Care Pack which includes:

Planet Ayurveda’s Giloy Capsules contain the standardized extract Tinospora cordifolia. It is one of the effective herbs for the treatment of gout. This herb is highly alkaline in nature. Its anti-inflammatory effect aids  the healing of gouty arthritis. It is a drug of choice for the treatment of gout in Ayurveda as it improves the metabolic functions of the body and removes ama or toxins present within the system. This herb eliminates uric acid through kidneys and improves its functioning.

This classical Ayurvedic formulation acts as a natural blood cleanser and useful as a supportive dietary supplement in many health conditions. It is quite effective in conditions such as mild to severe attacks of gouty arthritis, raised uric acid, inflammatory disorders etc. It corrects the metabolism and checks uric acid production by correcting the elimination process of uric acid in kidneys.

Dose: 2 tablets to be taken twice daily with plain water after taking meals.

The standardized extract of Boerhavia diffusa is used in the preparation of Planet Ayurveda’s Punarnava Capsules. It is one of the very effective anti-inflammatory herbs. This herb is quite effective in reducing toxins, swelling and pain in the joints due to its anti-inflammatory, analgesic and anti-oxidant properties. Its diuretic property, speeds up the filtration process of kidneys and flushes out the excessive fluids and waste products.

Dose: 2 capsules to be taken twice daily with plain water after taking meals. 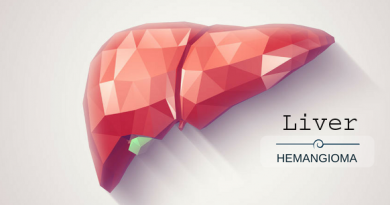