Subacute sclerosing panencephalitis is a life threatening, disabling and progressive disorder of the brain which may develop several years after measles infection in a person. In this article we will be learning about this rare condition, its different aspects and its herbal management by the remedies offered by Planet Ayurveda.

Subacute sclerosing panencephalitis (SSPE) is a neurological disease which develops progressively and causes inflammation of the brain. The usual causes behind it are known reactivation of the virus causing measles after several years of primary infection or abnormal response of the immune system to the measles virus. It can take around 2-10 years of primary infection of measles to develop this SSPE. Neurological deterioration occurs gradually and progressively, following initial loss of memory, seizures, irritability, behavioral changes, and involuntary movement of muscles.

Paramyxovirus, which is a slow measles virus is considered to be the major cause behind Subacute sclerosing panencephalitis. This virus after the initial attack may remain inactive and dormant for years and get activated suddenly after many years due to unknown reasons to cause this SSPE. Abnormal response of the immune system to rubeola virus is also one of the causes. Few cases have also been reported, suggesting close contact with animals, usually pets which died due to the same illness afterwards as one of the contributing factors.

Signs and symptoms of SSPE develop in 4 major stages, with every stage the condition of the patient goes on worsening.

Your doctor first takes the medical history during which the occurrence of the last measles attack will be recorded and also the progressive development of signs and symptoms after it will make the doctor suspect SSPE. Eventually the patient is advised for some tests to confirm the diagnosis like:

There is no cure for SSPE as per the orthodox medicine system and treatment is given to control the symptoms. Progression of the disease is slowed down with the help of certain immunity boosting and antiviral drugs which may or may not work.

Ayurveda offers certain herbs which can help in elimination of the virus, management of the disease and balancing of the disturbed dosha which result in disease. There are many amazing herbs in Ayurveda which have therapeutic action on the brain and nervous system.

Planet Ayurveda is a trustworthy herbal pharmaceutical brand whose products are used by the people in various parts of the world and not only in India. All the products prepared and formulated here are purely herbal, organic and vegetarian and free from preservatives, chemicals, colors, dye, fillers and yeast. Supervision of MD Ayurveda doctors is on the manufacturing of all the herbal products here and they are formulated as per the Ayurvedic principles. Numerous acute and chronic diseases are treated by herbal medicines of Planet Ayurveda, prescribed by expert MD Ayurveda doctors. Planet Ayurveda offers a combination of herbal medicines which helps natural management of the disease and also prevents its further progression.

These capsules are prepared from standardized extract of Bacopa monnieri (Brahmi) which possesses several therapeutic properties on the brain. Brahmi capsule helps to treat neurological signs and symptoms such as spasm and jerking of muscles, mood swings, and involuntary muscle movements. It also calms the brain, treats mood swings, and depression. Brahmi is known as an herbal brain tonic which enhances brain function.

It is the single herbal capsule prepared from Tinospora cordifolia (Giloy). Giloy capsules help to enhance immunity which prevent infections and also fight with them to eliminate the causative agents from the body.

Active component of Curcuma longa (Haridra) i.e. Curcumin is used to prepare these capsules which are a potent formula to fight against several diseases and infections and boosts the immunity. Curcumin capsules also help to eliminate the viruses from the body. These capsules are full of numerous therapeutic properties which can help to annihilate several symptoms.

Subacute sclerosing panencephalitis can be deadly if not diagnosed and treated in a timely manner. As it is the rare disease so not many of you would be aware of it, however all the details provided in this write up will help to know enough about it. The herbal remedies mentioned here can help in natural treatment and management of this neurological disease. 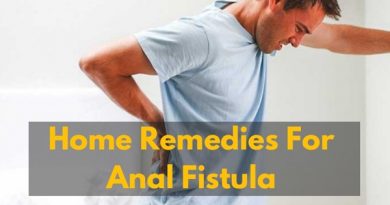