DO YOU KNOW THE STATE OF YOUR LIVER

Have you been suffering from long standing bleeding disorders and always thought they were fine?

Portal hypertensive gastropathy it sure is a long name but not so long away from eating your healthy liver. This malady is understood as a complication of severe cirrhosis by modern gastroenterologists. Before diving to the depths, let us really take a look at the condition. Gastropathy generally relates to all stomach maladies relating to impairment in the mucosal lining. Portal system is one among the circulatory branches to the liver. So portal hypertensive gastropathy is a condition where due to hypertension in the portal circulatory system, the associating structure of the stomach is imparied of its optimal function.

Having had damaged the liver so much, in maladies as this weird liver manifestations are seen. There is no significant documented evidence relating to the etiology, natural history or pathology of this disease condition.

Generally the symptoms seen clinically, of which most severe is the long standing bleeding. Chronic gastrointestinal loss of blood owing to ferropenic anemia. Usually patients with chronic liver malfunctions do have anemia naturally and so ferropenic anemia usually goes unidentified. Another common sign is Gastric Antral Vascular Ectasia (GAVE) , something as simple as watermelon shape to the external stomach. Other signs seen associated with these chief complaints are anemia, ascites, vomiting blood, blood spots in feces to bleeding feces, flatulence, upper abdomen pain, diarrhea, vomiting and Nausea.

Need to know the cause to fight the cause

As acclaimed above, liver Cirrhosis is one major cause for this manifestation. Many of us already know the main cause for cirrhosis is nothing better than alcohol. Other than people with compromised immunity and individuals under steroid medications, excessive consumption of alcohol or rather alcoholism is one major cause for PHG. A few researches done frequently have come to the conclusion that stress related Anxiety attacks and constant borrowing thoughts may be a reason for hypertension in younger adults and gastropathy can occur as its complication as well.

The intensity of tissue damage and gastropathy is assessed with the help of modern diagnostic tools such as abdominal USG (UltraSonography) scan, MRI imaging techies and few blood assays. The treatment protocol used mainly includes antibiotics to regulate the chances of further infections, liver supplements, other oral or injectable infusions. As the condition progresses, liver transplantation is often suggested by many gastroenterologists. Associated complications of this condition are seen as ascites, bloating, severe constipation, lowered movements and other GIT complaints including heartburn.

AYURVEDA IN THE FIELD OF LIVER DISORDERS

The age-old science or life Ayurveda has completely different views on diseases and their pathologies based on Dosha predominance. Considering the modern correlation for many pathologies, an exact specific Ayurvedic correlation may not be available. Yet all liver disorders ranging from simple jaundice to complex cirrhosis are all grouped under Kamala.

Considering the extent of damage to the innate liver cells having lost all its extensive regenerative capacity, portal hypertensive gastropathy may be correlated to KumbaKamala. Although a few authors do opinion it as another variety of obstructive jaundice, with its symptoms it shows maximum fibrosis changes.

Generally all Ayurvedic treatment is based on the strength of the patient, the chronicity of the disease and many others. Likewise a treatment protocol created for Kaamla includes dietary restrictions, lifestyle modifications and purification therapies. Of which Vamana or stipulated purgation is considered for Pittaja diseases.

PLANET AYURVEDA FOR YOUR SUPPORT

Planet ayurveda has come with an array of splendid combinations considering the modern needs we possess without compromising any ayurvedic norms for drug formulations. Some mystic and truly effective combinations for optimal liver and digestive wellness has been mentioned below:

Agni or optimal digestive fire is the key feature for health and improved disease fighting capability for the body. Digestion support is one effective combination with Jeeraka (Cuminum cyminum) Pippali (Piper longum) and other equally potent drugs. While normalizing the digestive fire, Triphala used in this combination helps to optimize the entire body mechanisms while also eliminating associated complaints of gastropathy.

Dosage: It is advised to consume 2 capsules twice daily or as directed by your ayurvedic physician.

This is one authentic ayurvedic combination mentioned in Siddha Yoga Sangraha as an effective remedy for hypertension and its associated complaints. Sarpagandha extract (Rowolfia serpentina) is the base ingredient in this formulation which has astringent flavour and metabolic end effect, showing cumulative effects on lowering the escalated levels of Pitta and Vata entities.
Dosage-It is advised to consume 1 tablet at night or as directed by your ayurvedic physician.

Dosage: It is advised to consume 1 tablet at night or as directed by your ayurvedic physician.

Arjuna the great archer in Mahabharata so is the action of Terminalia arjuna the chief ingredient in this combination. It has the potential to normalise the cognitive and bodily entities responsible for all manifestations. It supports the body to attain optimal heart health while well maintained bodily metabolism.

Dosage: It is advised to consume 1 capsule twice daily or as per the instructions given by your ayurvedic physician.

This is yet another classic drug combination mentioned in ayurvedic epics. This multidrug combination is especially indicated for severe gastrointestinal maladies where the digestive fire is compromised as this condition. Having both mineral and herbal entities is most advisable to follow the instructions of your ayurvedic healthcare practitioner.

Centella asiatica the second most commonly used Medhya herb is of equal abilities to optimize the digestive system. It helps to normalise circulation thus lowering episodes of hypertension and alleviating the mental faculties of tension.

Dosage: It is advised to consume 1 capsule twice daily or as directed by your ayurvedic physician for optimal metabolism.

As a culture we are increasingly aware about liver wellness but never done enough to overcome the situations of snags. Considering the daily and seasonal regimen mentioned in ayurvedic classics is itself an example to lead you to the right path of sustained health. While incorporating the lifestyle modifications in ayurveda, imbibing your food habits by combining these dietary supplements can surely boost your wellbeing and help you throughout your journey of health. 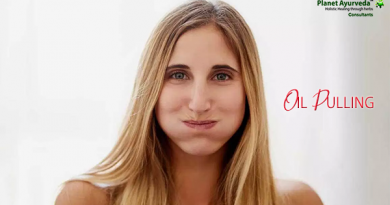 How Long Nirgundi Oil is Useful in Oil Pulling