In the skull, there is a small bony knock at the base of the brain that holds and protects the pituitary. There is a tiny structure called a sella turcica. In some cases, the sella turcica is shaped such that spinal fluid leaks into it. The build-up of the spinal fluid squashes the pituitary gland flat so it looks like sella turcica is empty. This is a damaged part of the pituitary gland. In this, the gland is either shrunk or has been crushed and flattened making it look like an empty sella in the MRI report. Primary empty sella in general populations is 8 – 35%. The incidence of empty sella syndrome is more in females, the ratio is 5:1. This syndrome is generally found in middle-aged women which are obese and hypertensive. The condition is known as primary empty sella syndrome and is seen in the pseudotumor cerebri. 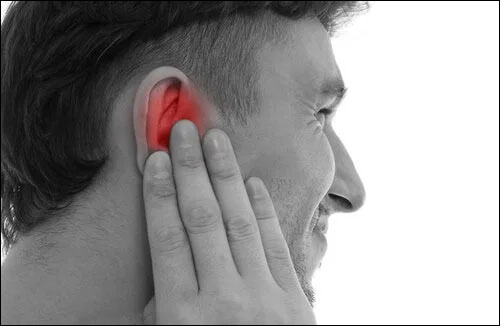 The pituitary gland is ectodermal in origin and mainly consists of adenohypophysis and neurohypophysis. There are two types of partial empty sella syndromes – Primary and Secondary

In Ayurveda, Partial empty sella syndrome can be considered under vataj dosha vikara. Due to excessive Vata dosha, shrinking of the pituitary gland occurs. As there is a shrinkage in the pituitary gland there is an imbalance in the hormonal function. This leads to the symptoms like shirashoola, kshaya, or dhatus which leads to infertility in the men and women. Due to an increase in the Vata dosha, it is attached to the Kapha dosha that leads to the obstruction of the strotas which causes absence or irregularity in the periods. In Ayurveda, we have to give treatment to balance Vata dosha, mainly herbs like Bala, ashwagandha, etc.

As per allopathy, Hormonal replacement therapy can be done. But ayurveda “an ancient medicine science” has a solution for every problem. Planet Ayurveda a GMP certified company manufactures its herbal products with strict adherence to the ancient ayurvedic formulations. It is dedicated to the promotion of natural herbs and herbal products. All the herbal supplements are made from natural herbs. Planet Ayurveda is involved in the manufacturing of herbal products and is explored all over the world. These formulations are free from chemical dyes and any preservatives. Various formulations are prepared by the planet Ayurveda for the partial empty sella syndrome.

Formulations to be considered –

Brahmi (Bacopa monnieri) is a perennial herb most well known for its memory-enhancing property. As Brahmi improves cognitive skills and stimulates the mind to improve memory and concentration. It boosts brain function, reduces anxiety, and treats epilepsy. Bahrami contains powerful antioxidants that protect against the cell damage caused by harmful molecules called free radicals. It also reduces inflammation and also reduces the ADHD symptoms like hypersensitivity, impulsivity, and inattentiveness. It also lowers the blood pressure, dilates the blood vessels, and improves the blood flow. These capsules also have anti-cancer properties (kill aggressive brain cells and inhibit the growth of breast and colon cancer cells). It is used to treat Alzheimer’s disease.

Gotukola (Centella Asiatica) helps in boosting cognitive function. It is more effective in improving the memory domain. This herb has the ability to enhance memory function and prevents the brain cell from toxicity. Gotu Kola capsules help to reduce stress and anxiety and act as antidepressants. It improves blood circulation and reduces swelling (like varicose veins). These capsules had a positive metabolic effect on the connective tissue of the vascular wall and these capsules reduced insomnia. These capsules have anti-inflammatory and detoxifying properties.

Ashwagandha (Withania somnifera) is the main ingredient of this formulation. It is the most important herb in Ayurveda. This herb reduces stress and anxiety and reduces the activity of the hypothalamic-pituitary-adrenal axis. It may reduce the sugar level in the blood and improves brain function and is helpful in insomnia. This herb all have the properties of vajikarana (aphrodisiac) property which helps in improving stamina and treats conditions like erectile dysfunction. It is also used as a nervine tonic for nervous related problems.

It mainly contains 4 components – Amla (Emblica officinalis), Ashwagandha (Withania somnifera), Giloy (Tinospora cordifolia). It mainly works on ama dosha and restricts its accumulation. It also prevents the formation of arbuda, and granthi and mainly acts as a Rasayana, vajikarana, and ojovardhak. This formulation is mainly a tridosha pacifier.

This is a classical formulation that balances the Vata and pitta in the body. The remedy is helpful in paralytic patients and psychotic conditions. It provides strengthening to the nerves and muscles and acts as a natural aphrodisiac. This ras consists of – parad (Purified mercury), loha bhasma (Iron bhasma), gandhaka (Purified sulfur) along with ras sindoor, Swarna bhasma (Gold bhasma), shudh Mukta (Purified pearl), Abhrak bhasma (Purified silica), vanga bhasma (Bhasma of tin).

Dosage: One tablet once a day (to be chewed)

It consists of – jivanti (Leptadenia reticulata), kakoli (Lilium podophyllum), pippali (Piper longum), Shatavari (Asparagus racemosus), yastimadhu (Glycyrrhiza glabra), etc. It is a pitta pacifier. It calms kapha and vata dosha. This formulation is used for tarpan in cataract patients in the early stages.

Dosage: One tsf twice a day

It mainly consists of shuddha Gandhak (Purified sulfur). This is a classical ayurvedic formulation and balances the tridosha (Vata Pitta and Kapha). It has useful effects on oligospermia, efficient anti-aging properties, and immunity booster. This formulation is mainly effective for skin disorders and also works on microchannels and stotras and it lifts the reproductive health in men and women. 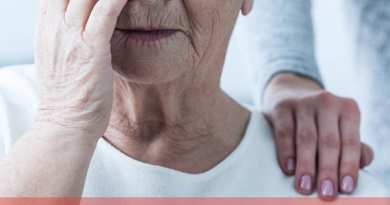